Loss of parafibromin expression in a subset of parathyroid adenomas

Western-blot analyses of parafibromin and cyclin D1. Parafibromin protein is demonstrated in total cellular extracts from (A) established cell lines (B) non-tumour human tissues and (C) total cellular extracts from parathyroid adenomas. Positive expression of a parafibromin-specific band is marked by Pos, and lack of expression is indicated by Neg. In (A) the results from cell lines are shown with and without blocking of the antibody, and the blocking peptide used as control refers to the synthetic peptide. The sizes of the markers are given to the left in kDa. 2°HPT, secondary hyperparathyroidism.

Sequencing chromatograms showing heterozygous MEN1 mutations in tumours T28 and T39. After subcloning, the mutated allele revealed a 1-base deletion at nucleotides 202–207 in tumour T28 (bottom left panel) and a 6 bp deletion starting at nucleotide 1730–1731 in tumour T39 (bottom right panel), while the normal wild-type sequence was found in the other allele (top panels). The positions of the nucleotides are numbered from the initiating codon.

Immunohistochemical analyses of parafibromin expression in (A, B) a biopsy of normal parathyroid gland and (C–H) cystic parathyroid adenomas. Each sample is shown in (A, C, E, G) low magnification (original magnification, ×220) and (B, D, F, H) high magnification (×560). (A, B) Strong nuclear staining and a weaker cytoplasmic staining are seen in normal parathyroid gland. In T45 (C, D) the staining pattern represents approximately 80% positive tumour cells with strong nuclear expression, while in T26 (E, F) nuclear parafibromin expression is seen in 70% of the tumour cells. Images (G) and (H) represent the HRPT2-mutated tumour T41 with loss of parafibromin immunoreactivity.

qRT-PCR analysis of the RNA expression levels of HRPT2 mRNA levels in cystic parathyroid adenomas (T1–T41) and in two normal parathyroid samples (N1 and N2). The results are demonstrated for the mean of quintets PCR assays and after normalization against the housekeeping gene 36B4. Top panel: results for all the tumours included in the study using the HRPT2 probe against exon 2/3. Bottom panel: for comparison, an additional probe (against exon 10/11) was included for 10 of the tumours and the two normals. 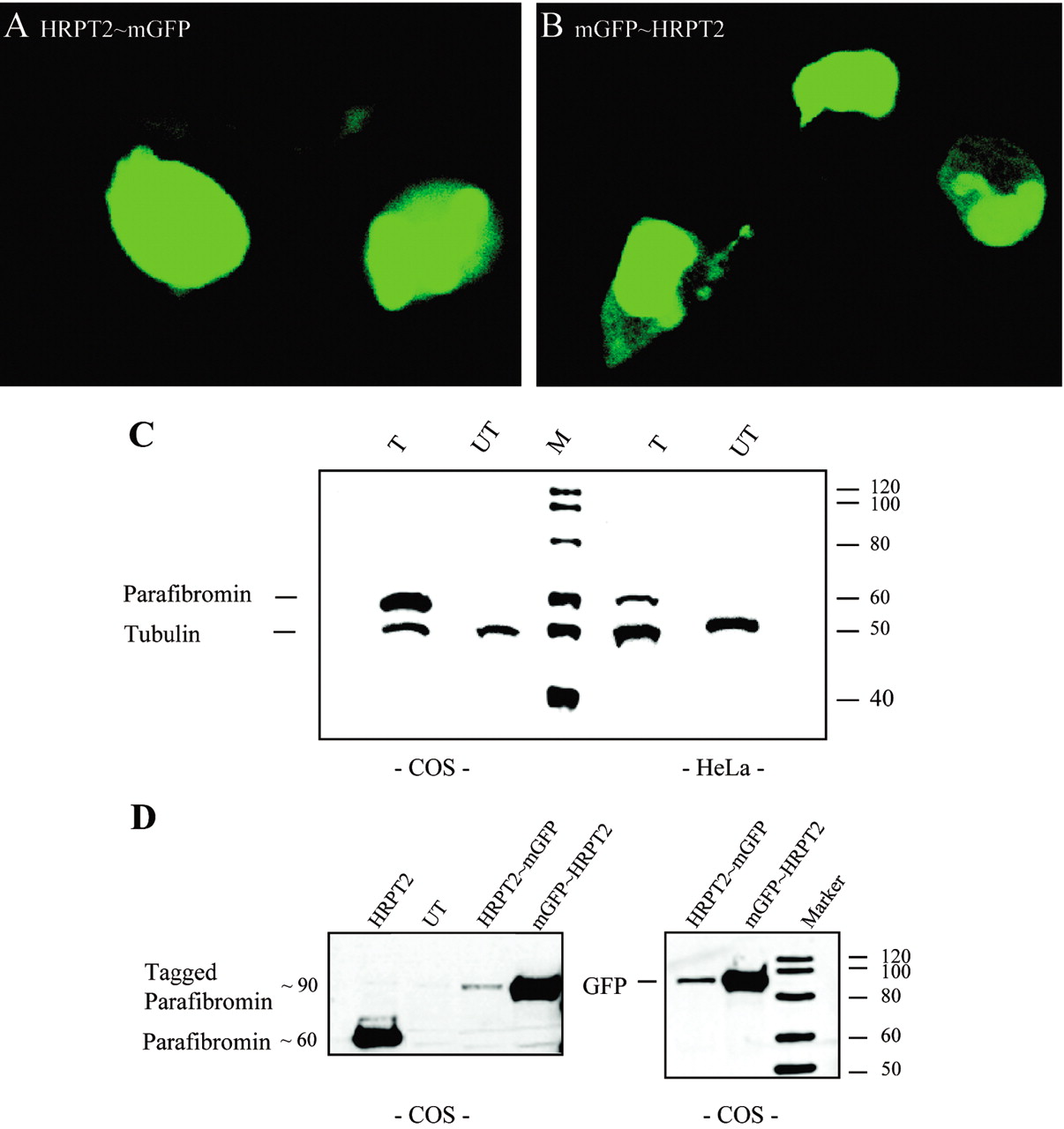 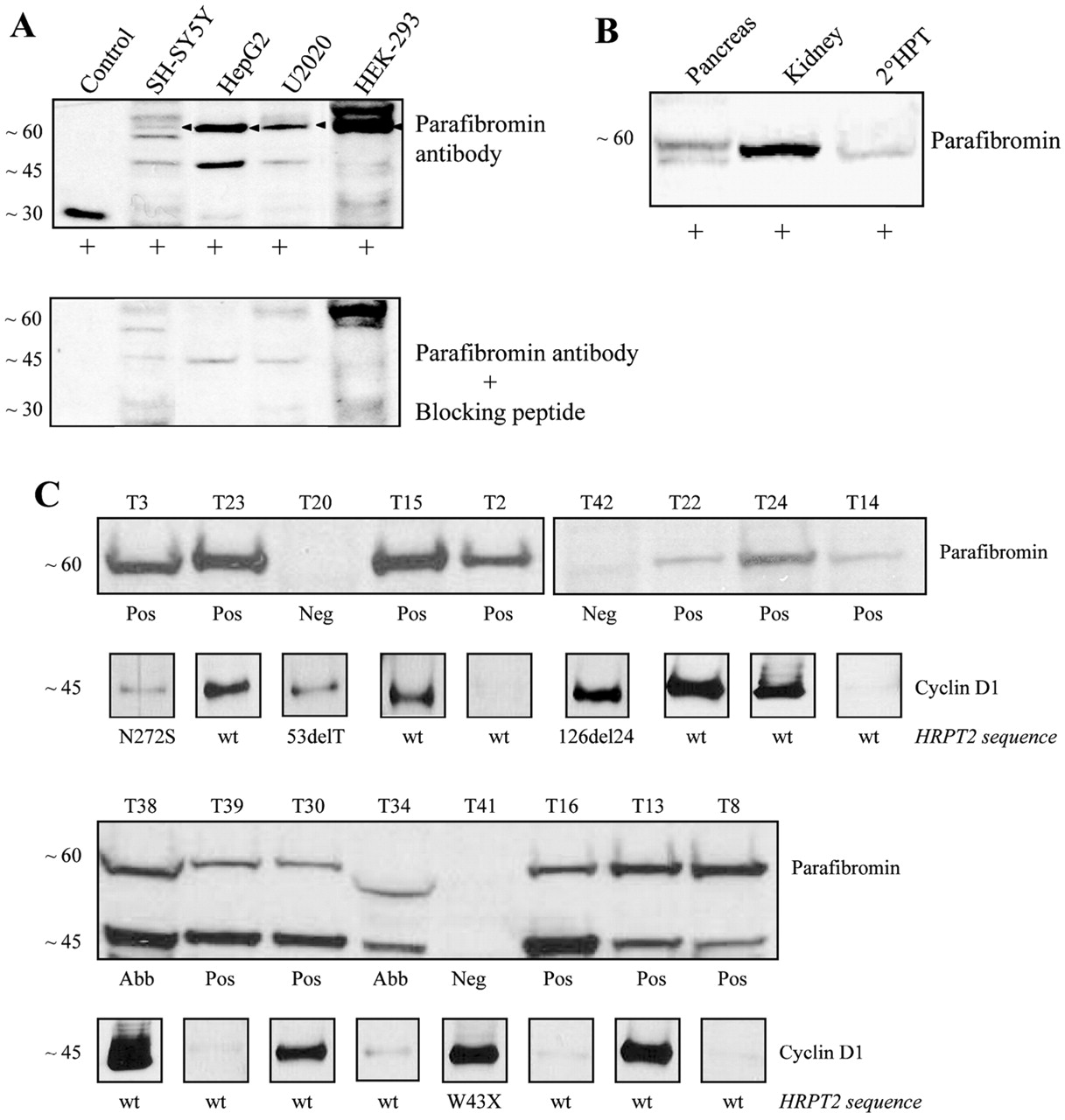 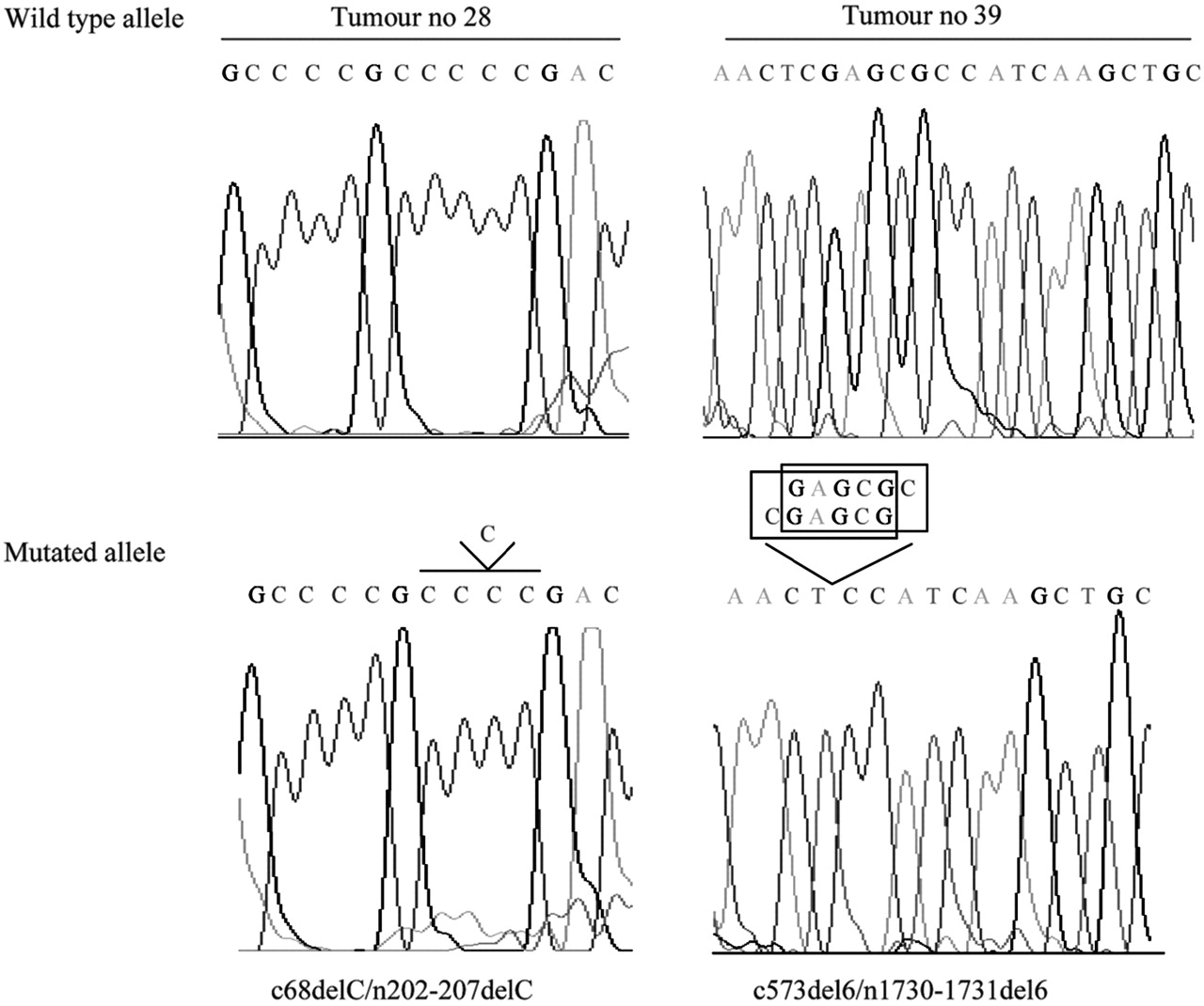 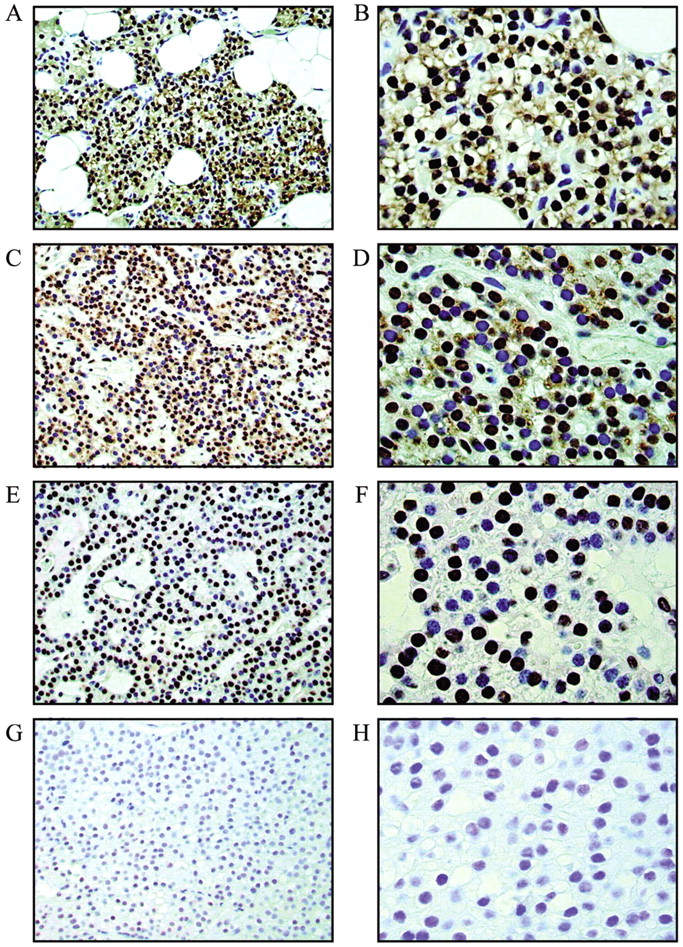 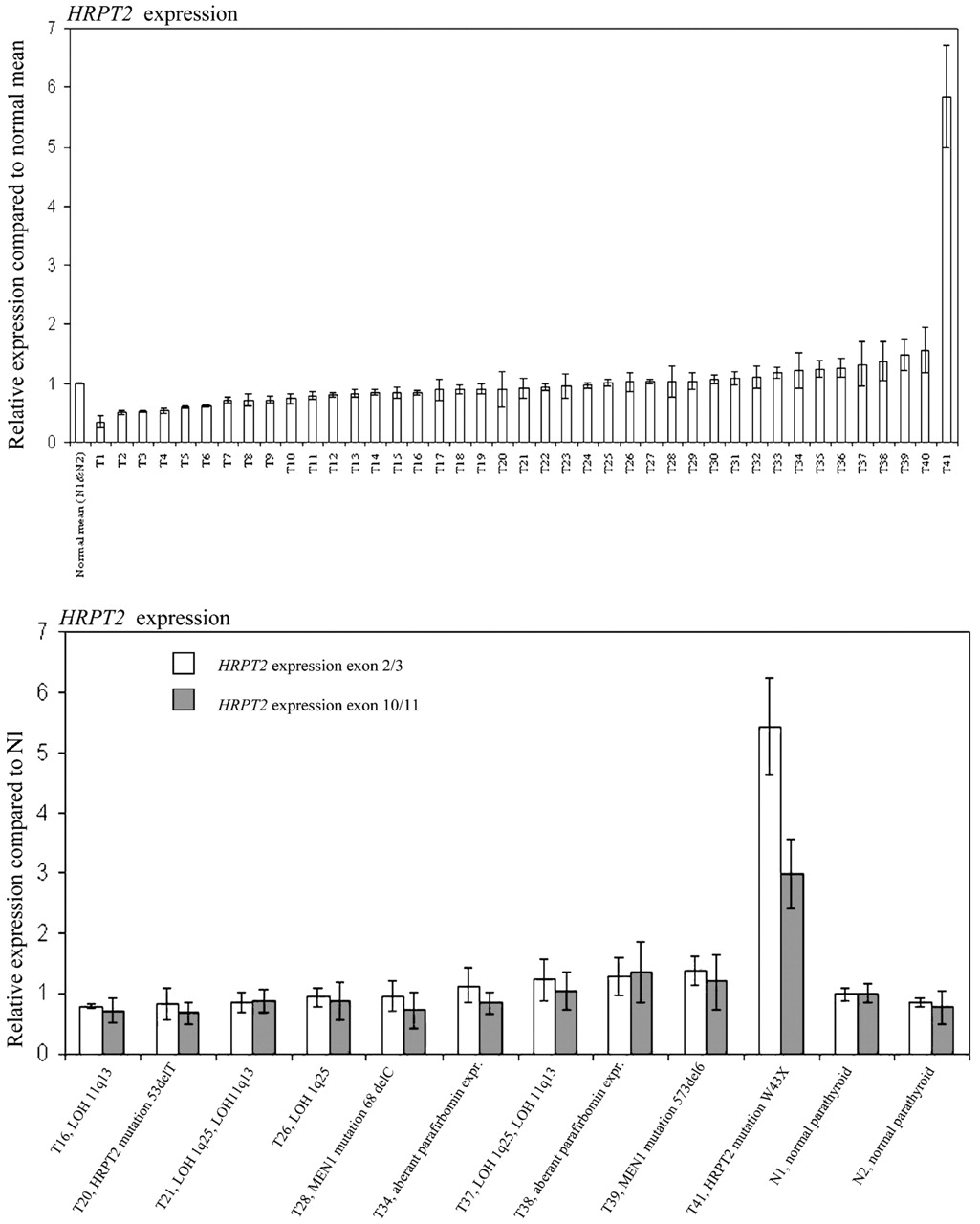