Involvement of adiponectin and leptin in breast cancer: clinical and in vitro studies 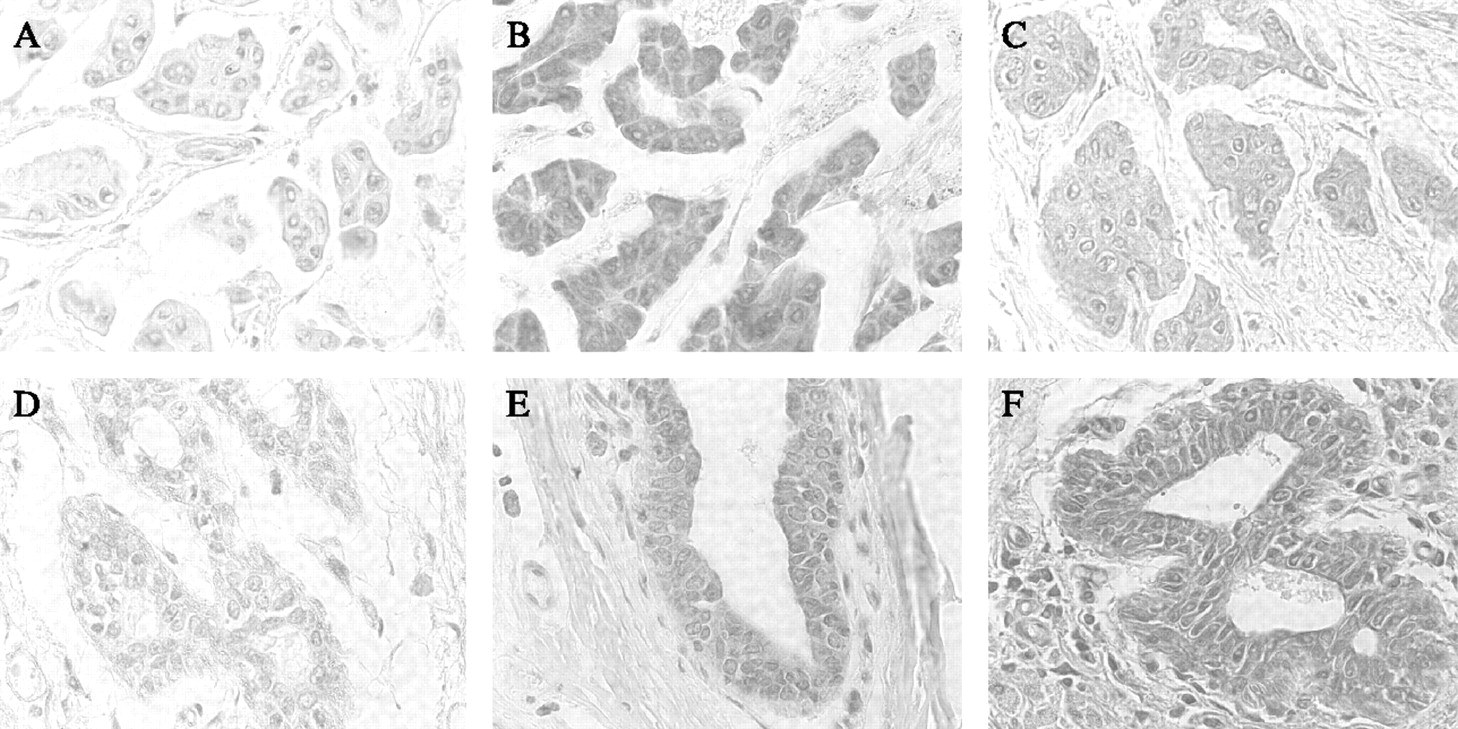 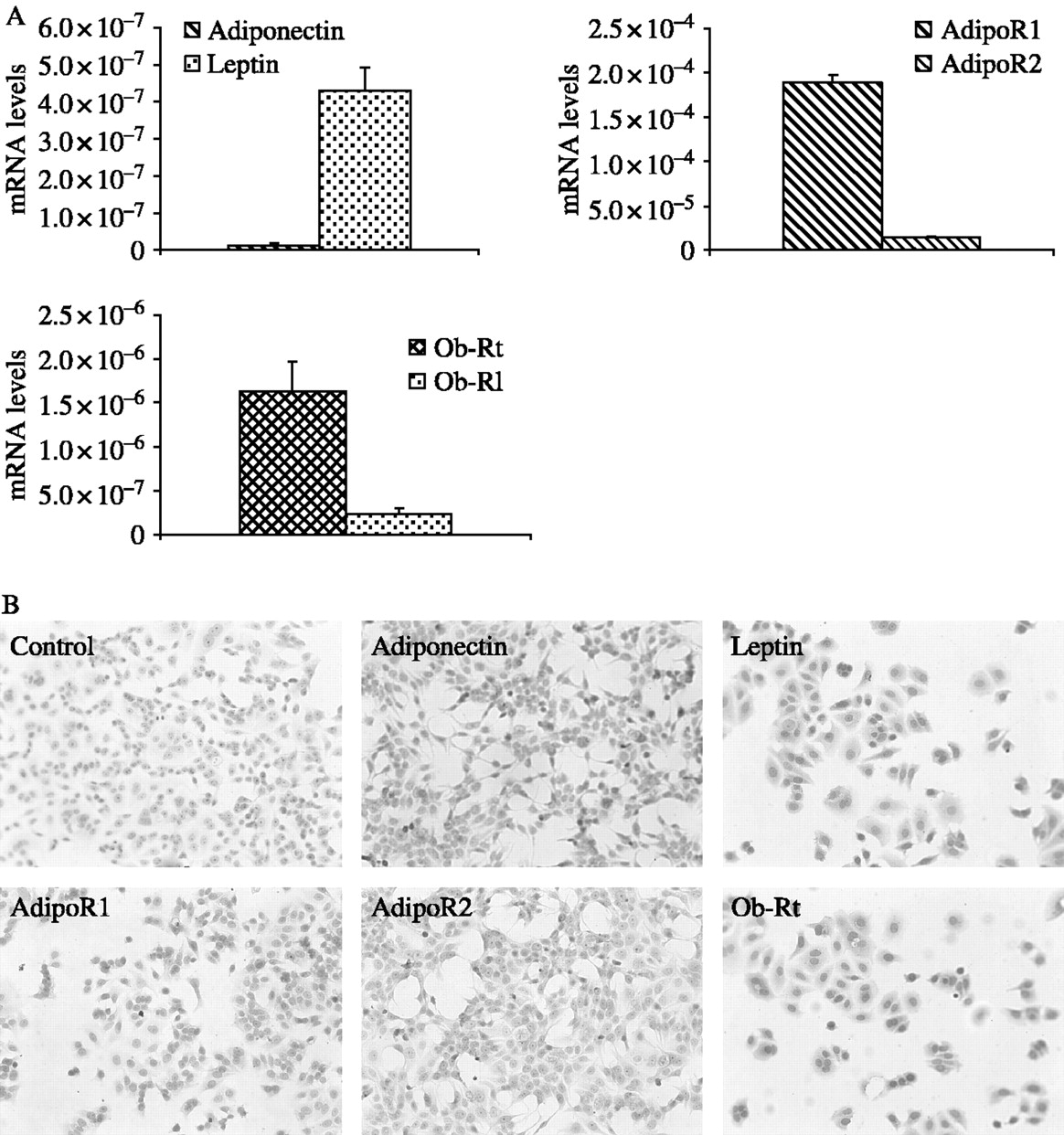 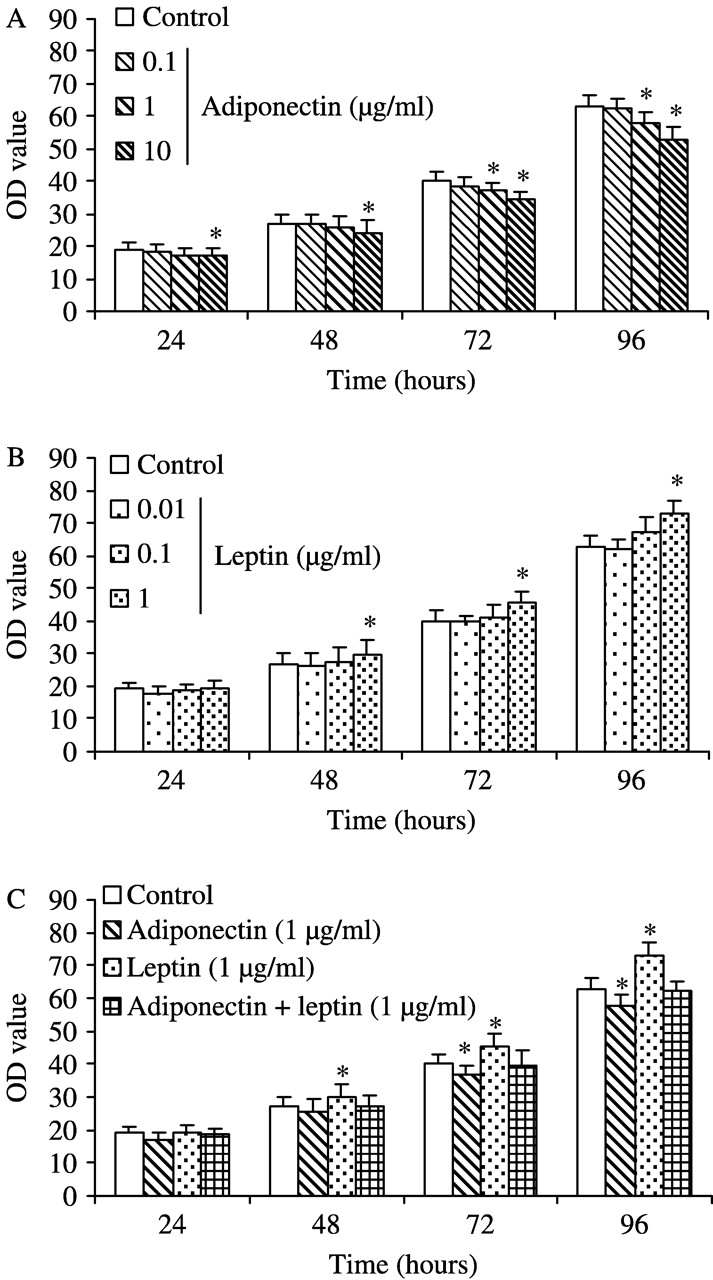 Effect of adiponectin and leptin on their own pathways. MCF-7 breast cancer cells were exposed to adiponectin (10 μg/ml) or leptin (1 μg/ml) for 96 h. The expression of adiponectin, leptin and their receptors was analysed by quantitative RT-PCR as described in Materials and methods. Bars are the means ± S.E.M. obtained from five determinations. *Significant difference compared to control (P<0.05, t-test), #Statistical trend compared to control (P<0.1, t-test).