FAS over-expression mediates the resistance to palmitate-induced cell death in malignant MCF-7 breast epithelial cells. (A) MCF-10A, HMT-3522 S1, MCF-7 and T47D cells were seeded in T25 flasks at 0.5×106 cells in GM for 24 h followed by 72 h in SFM. Western immunoblotting was used to assess FAS abundance. (B) MCF-7 cells were seeded at 0.025×106 cells/well in 24-well plates in GM, ±FAS and non-silencing siRNA (12 nM) before being switched to SFM for 24 h prior to dosing with palmitate (400 μM) for 24 h. The graph represents changes in cell death, and shows the mean±s.e.m. of three experiments, each repeated in triplicate. (Bi) A representative western immunoblot of FAS from the experiments described in (B).

Involvement of FAS and ceramide in the protective effects of hyperglycaemia against chemotherapeutic drugs. MCF-7 and T47D cells were seeded as described in the legend of Fig. 5. MCF-7 and T47D cells were dosed with either paclitaxel (50 μM) or 5-fluorouracil (20 μM) respectively with or without C75 (7.5 μM) (A and C) or fumonisin B1 (0.1 μM) (B and D). Graphs represent changes in cell death, and show the mean±s.e.m. of three experiments, each repeated in triplicate. 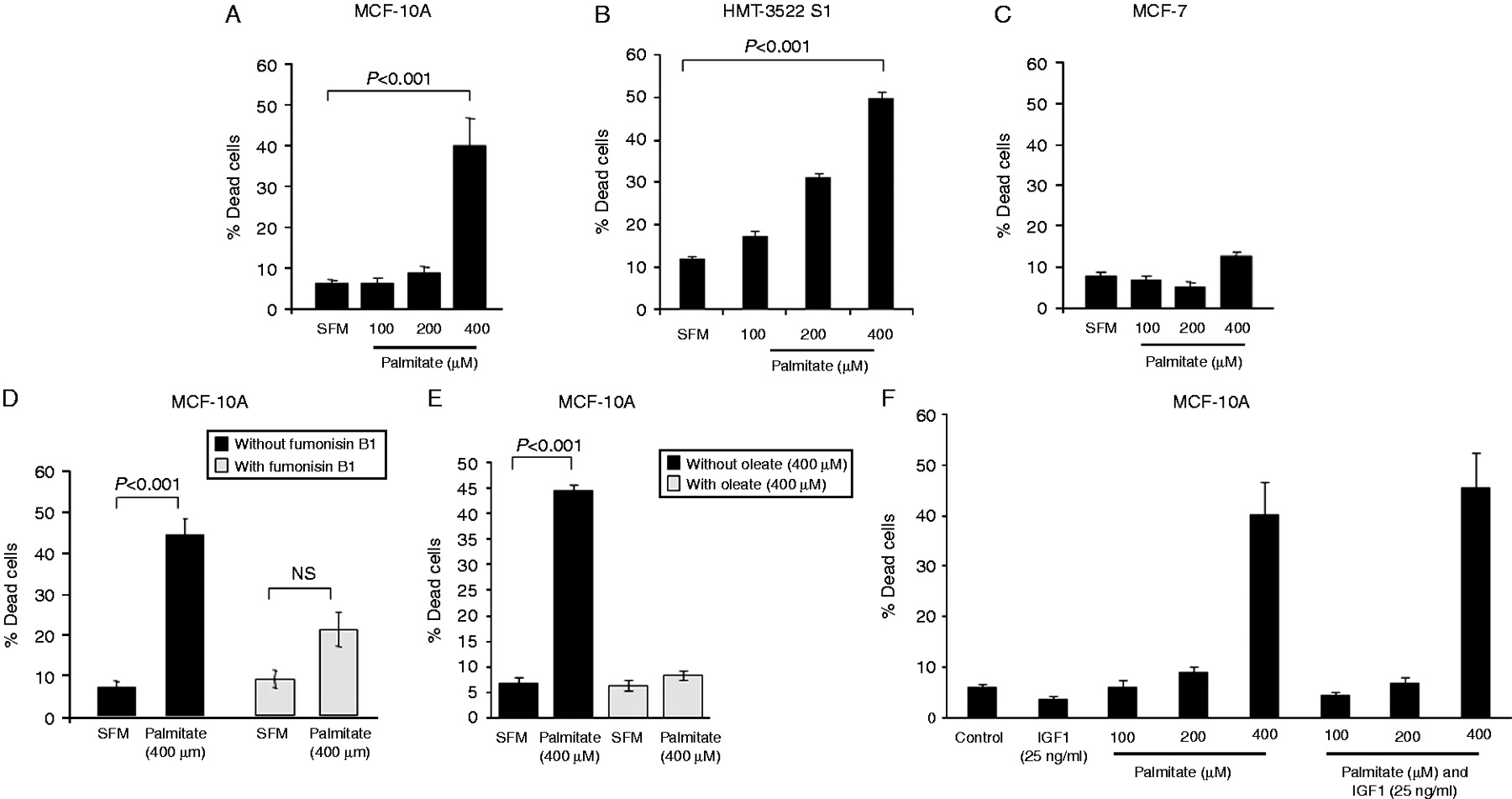 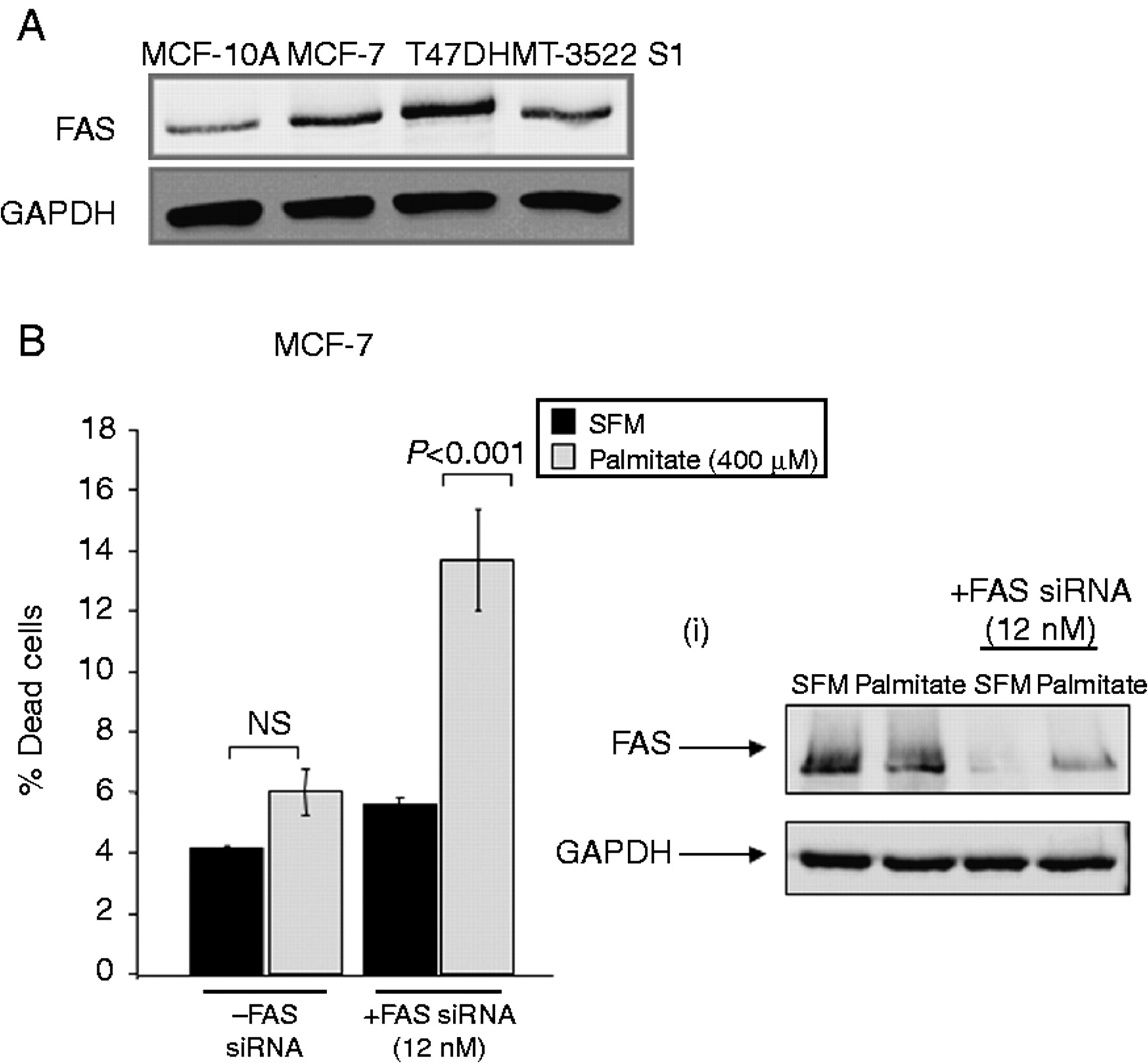 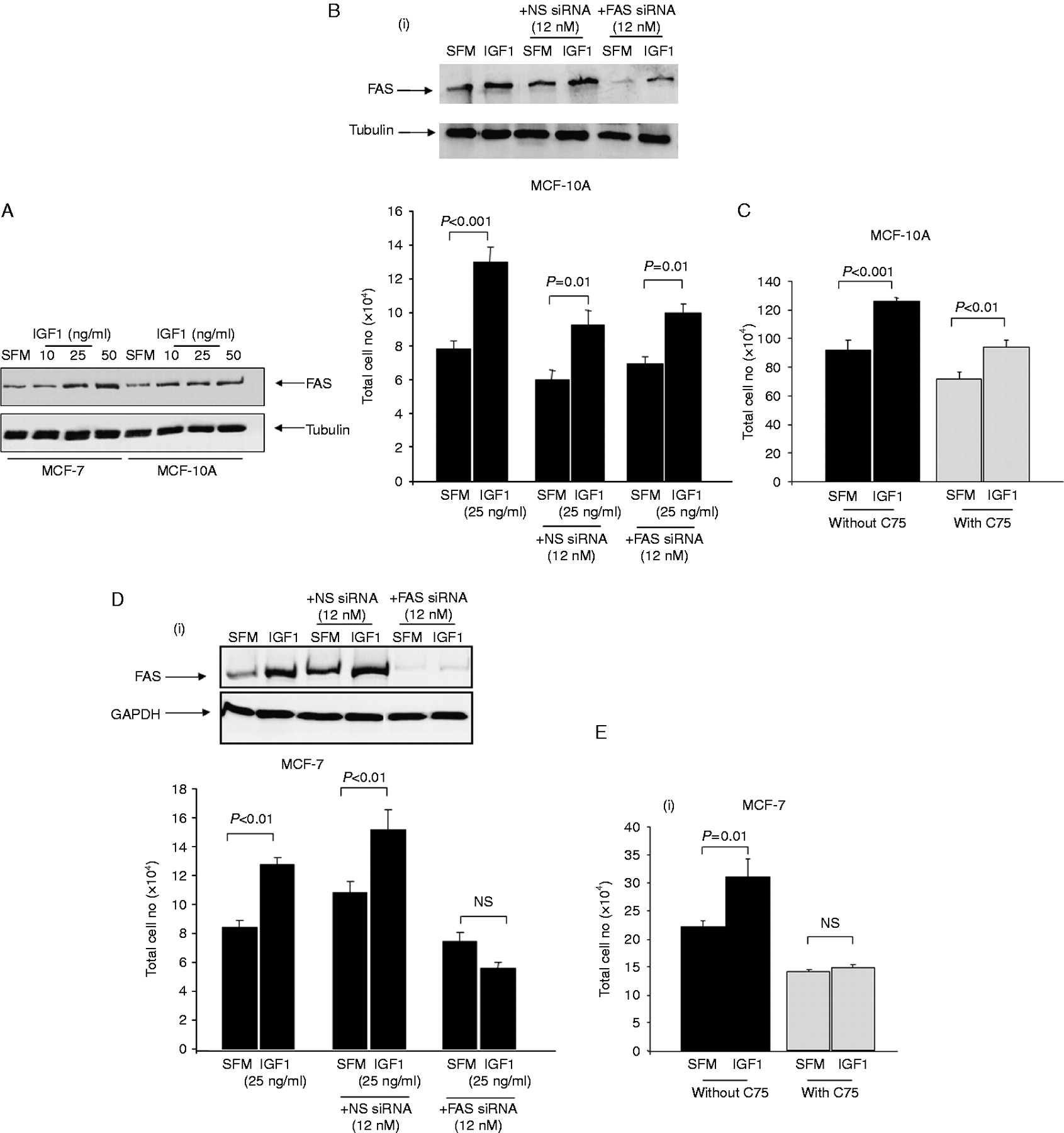 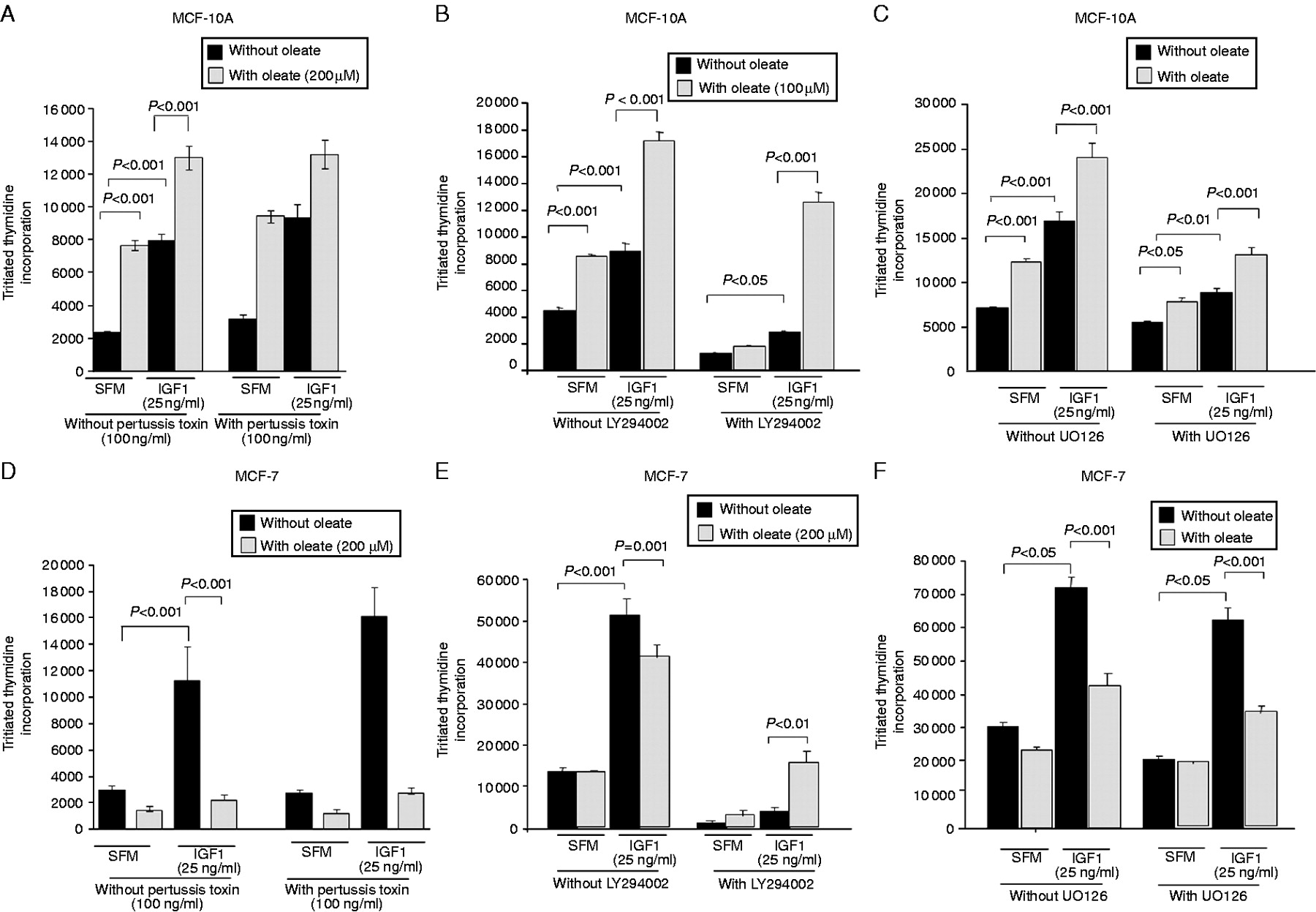