Hyperparathyroidism (HPT) can arise from germline mutation of multiple endocrine neoplasia type 1 (MEN1), CASR, or HRPT (HRPT1; Marx 2011). Recent studies also suggested that germline mutation of several cyclin-dependent kinase inhibitors (CDKIs) is an uncommon cause of HPT (Pellegata et al. 2006, Agarwal et al. 2009). A gene that predisposes to tumor via germline mutation may also predispose to similar tumor by somatic mutation; in fact, the MEN1 gene is mutated in about 30% of sporadic parathyroid tumors (Marx 2011). Screening a small number of sporadic parathyroid tumors by others, using whole exome sequencing analysis, did not show any CDKI gene mutation (Cromer et al. 2012, Newey et al. 2012). In a recent study, all seven CDKI genes were sequenced in 81 sporadic parathyroid adenomas. There were five novel DNA missense changes in p15, p18, and p21. Three to four of these were also in the germline, and none of the five were unequivocally a pathological mutation, such as a truncation change (Costa-Guda et al. 2013). We further evaluated whether some cases of sporadic parathyroid adenoma are caused by somatic mutation in CDKI genes.

We evaluated tumors from 42 patients, who underwent parathyroid surgery at NIH. Each patient had a postoperative diagnosis of sporadic parathyroid adenoma. Each patient gave written informed consent to a protocol that had been approved by the NIDDK Institutional Review Board. See Supplementary Materials and methods, see section on supplementary data given at the end of this article.

In 42 sporadic parathyroid adenomas, we found 15 SNPS plus one deletion and one insertion among the seven CDKI genes. With the exception of two SNPs and the indels, the remaining SNPs were previously reported (Supplementary Table 1, see section on supplementary data given at the end of this article). Four unreported variations were found in CDKN2C and CDKN2D. CDKN2C encodes p18, a known tumor suppressor (Solomon et al. 2008, van Veelen et al. 2009). CDKN2D encodes p19, which is closely related to p18 but not previously considered as a tumor suppressor.

One parathyroid tumor showed a deletion in the p18 gene and one showed an insertion in p18; neither change was found in the patient's germline. In the first (p18F71Ter), a 25-nucleotide deletion at c.1427_1454del causes a stop codon at Phe 71. In the second (p18V118fs*6), a two-nucleotide insertion c.1567_1568insGG causes a frameshift, followed by new sequence GWSSWWstop, also predicting a shortened protein. The chromatograms in Fig. 1A and B show overlapping WT and mutant sequences, indicating heterozygosity or normal admixture. Western blots show stable expression of transfected WT p18 (Fig. 2A, lane 2) and no detectable expression of either changed p18 (Fig. 2A, lanes 3 and 5). Transfection efficiency was checked with NPT-II and did not vary significantly between lanes (not shown).

Each of the seven CDKIs is conserved and consists of four or five ankyrin repeat motifs (Li et al. 2006). Missense mutations, thought to contribute to tumorigenesis by INK4 CDKI proteins, occur throughout the first four ankyrin repeats; they disrupt interactions with CDKs or with other proteins (Baumgartner et al. 1998, Li et al. 2006).

Even if expressed in vivo, neither of the observed p18 truncation mutants is likely to be active. The 70 amino acid p18 F71Ter lacks two of the four ankyrin repeats required for known interactions with CDK4 (Guo et al. 2009). The p118V118 fs* (Guo 2009) omits the conserved V118 and truncates the protein with GWSSW prior to the fifth ankyrin repeat. The mutated frameshift residues do not align with the ankyrin repeat consensus sequence. Furthermore, the truncated p18 protein containing residues 1–137 and containing the first four N-terminal ankyrin repeats would be one tenth or less as active as the WT (Guo et al. 2009). In sum, both the p18 indels are probably loss-of-function drivers of parathyroid tumorigenesis. Each predicts a severely truncated protein, modeling of the ankyrin repeats predict impaired interaction with CDKs, and neither mutant protein was expressed in vitro. Thus, the evidence for loss of function of p18 is particularly strong. This also supports a role of p18 in parathyroid tumorigenesis, as p18 and most other members of the CDKI family participate in tumorigenesis via loss of function (Li et al. 2011).

The C-terminal five amino acids of p19 are not identical among mammals and are poorly conserved in animals (Supplementary Fig. 1A); these amino acids are predicted not to make contact with the CDKs, and thus the p19A164T mutation is unlikely to affect p19 function in the cell cycle. The p19V123A is in the fourth ankyrin repeat (Supplementary Fig. 1B) and is a conservative amino acid change found in the homologous p16 and p15. Structural alignment shows that p19 and p16 closely overlap in this region and in the remainder of the first four ankyrin repeats (Supplementary Fig. 1C). In other species, alanine is easily accommodated in the region otherwise occupied by WT valine (Supplementary Fig. 1B). Lastly, other amino acid changes in the homologous position in p16 are benign (Pavletich 1999). Lacking strong evidence for loss of function, we judged both p19A164T and p19V123A as polymorphisms that were unlikely to drive parathyroid tumorigenesis. Still, the lack of either of these p19 missense changes in normal controls indicates that either might be tumorigenic. Later studies might uncover deleterious functional consequences of either of these missense changes in p19.

We have provided strong evidence for somatic inactivation of p18. The truncating mutations observed in p18 also give conceptual support for the pathogenicity of some of the previously reported missense mutations.

This study was supported by the intramural NIH programs of NIDDK and NCI. 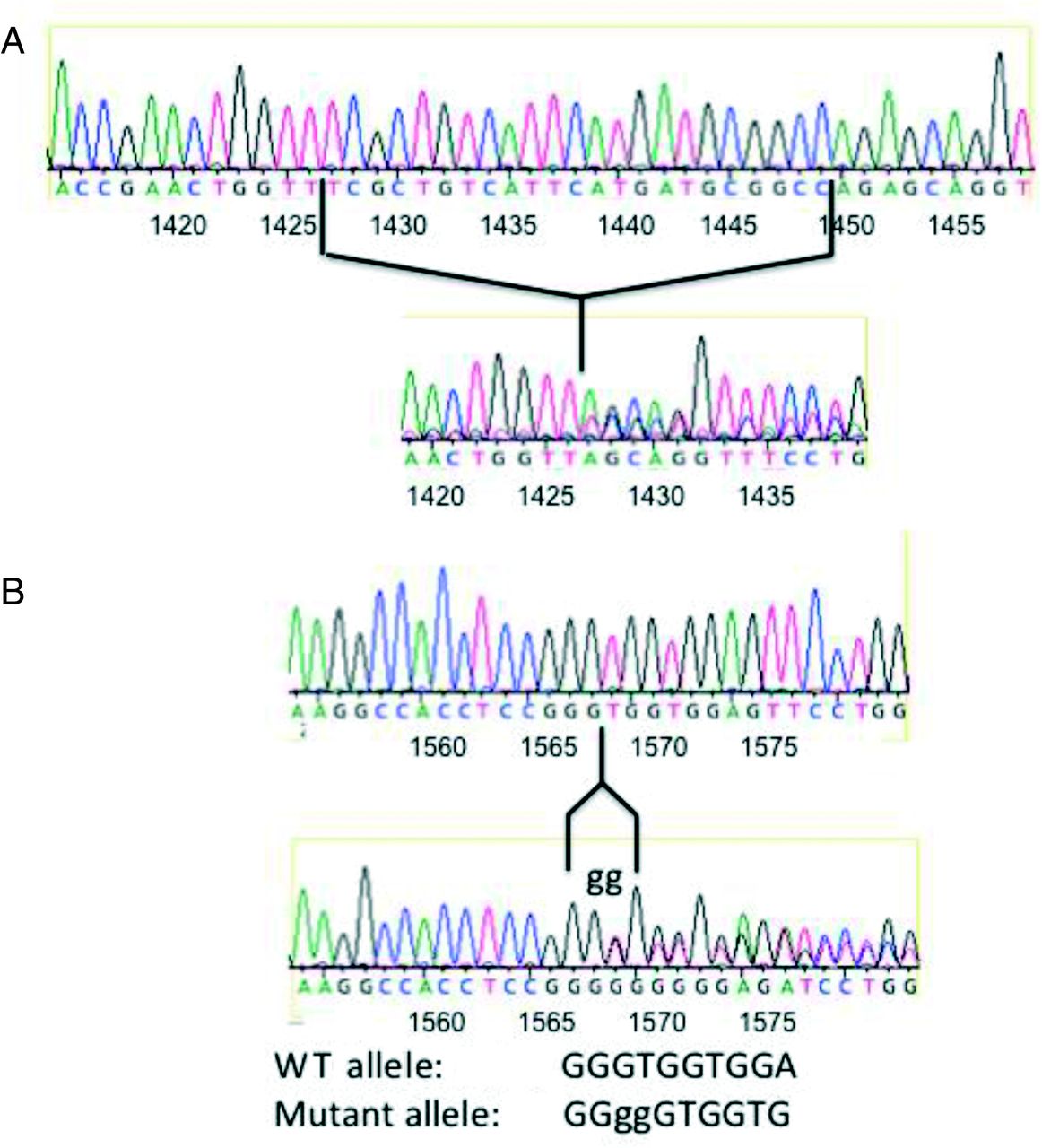 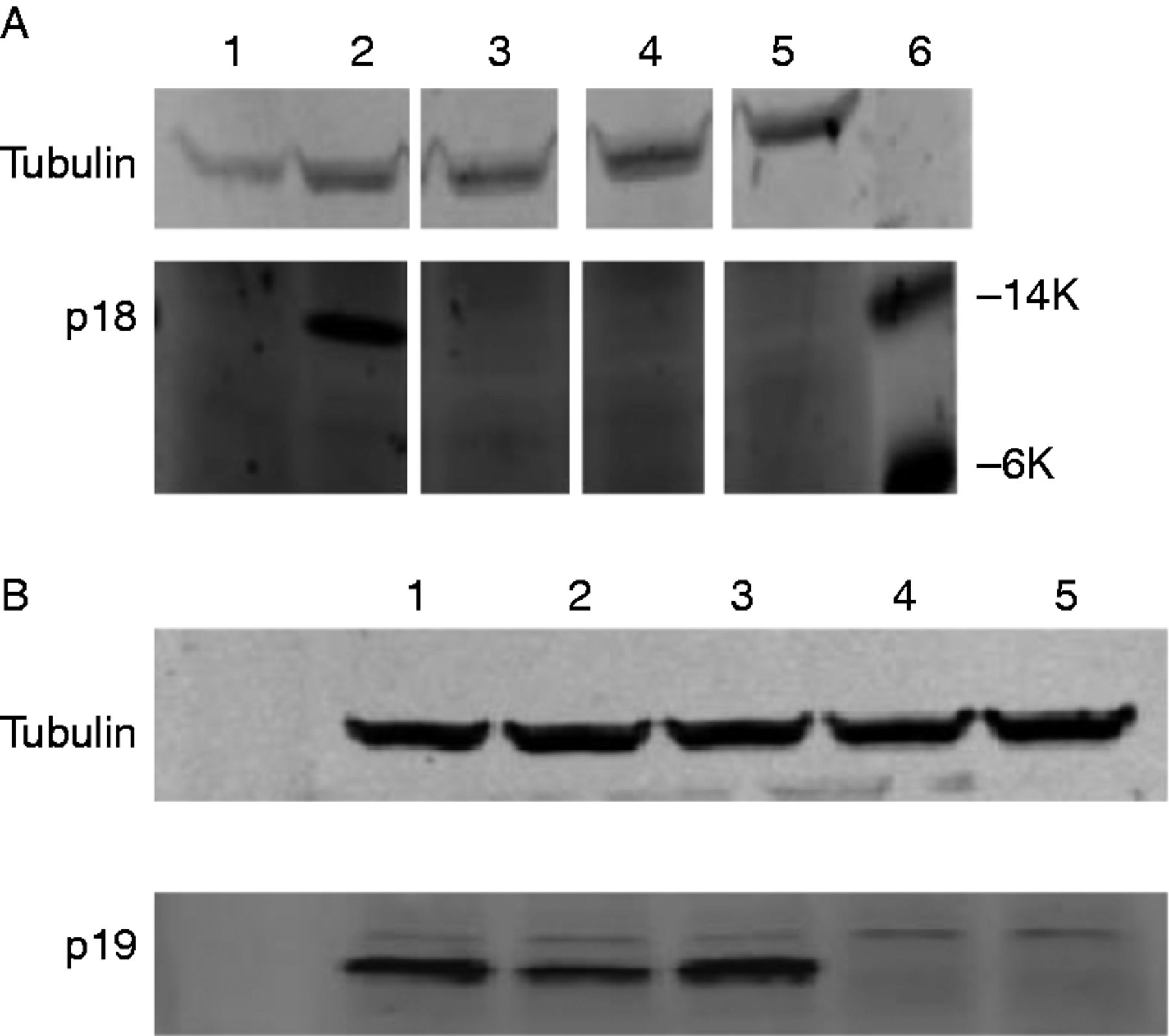