Tumor sphere generation from Rb+/− mice pituitary tumors. (a) Representative micrographs showing the morphology and size of tumor cells and spheres over time. (Top panel, a) Pituitary tumor spheres (PTS) were observed after 3 days in culture, and they grew in size until days 10–12. (Bottom panel, a) After 8–12 days in culture, disaggregated tumor spheres were replated as single cells for several generations, with no difference in velocity of growth or size of sphere. Scale bar: 100 μm. (b) PTS grow as a result of cell proliferation. Representative micrograph indicating DNA replication in cells within spheres assessed by immunofluorescence for BrdU (culture treated with thymidine analog BrdU) or for Ki67. (b, i) BrdU-positive immunolabeling in dividing cells within PTS. (b, ii) No BrdU incorporation was noted in surrounding cell aggregates. (b, iii) Positive nuclear stating for Ki67 was observed in PTS (arrowhead), but not in surrounding cell aggregates (arrow). (b, iv) PTS with positive Ki67 nuclear staining in higher magnification. Scale bar: 25 μm. (c) Evaluation of the number of single cells able to generate spheres. Cells were plated at the density of 100 000 cells/ml. The number of sphere-forming cells was higher in the disaggregated spheres in culture (secondary or tertiary) compared with the primary tumor cell population. Data expressed as mean±s.e.m. of 16 different experiments. *P<0.01. 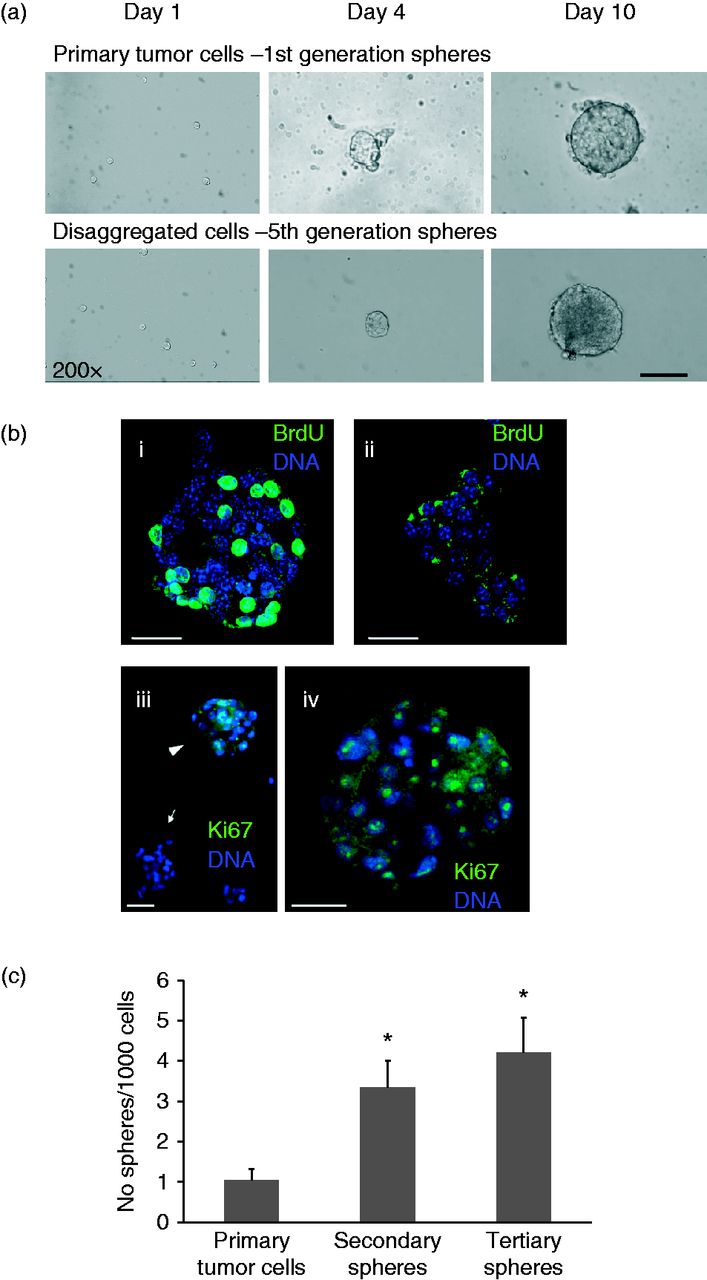 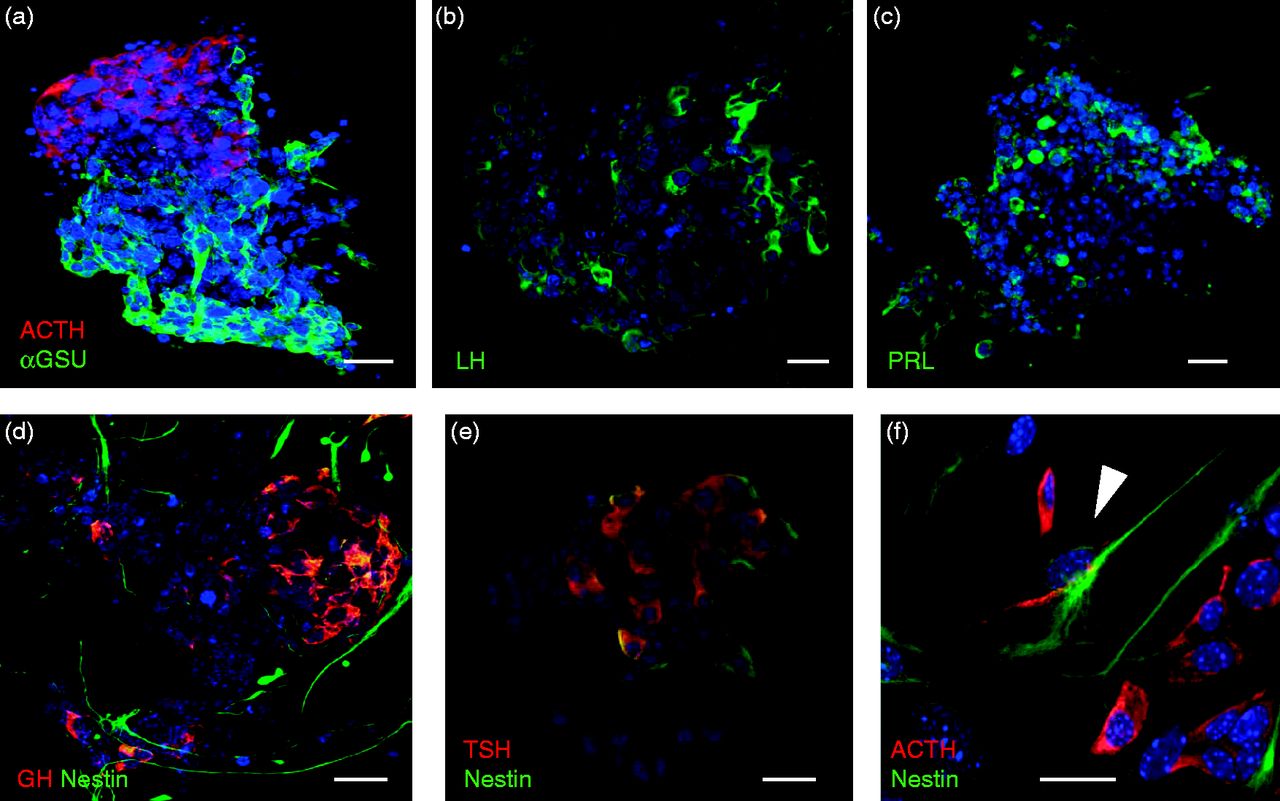 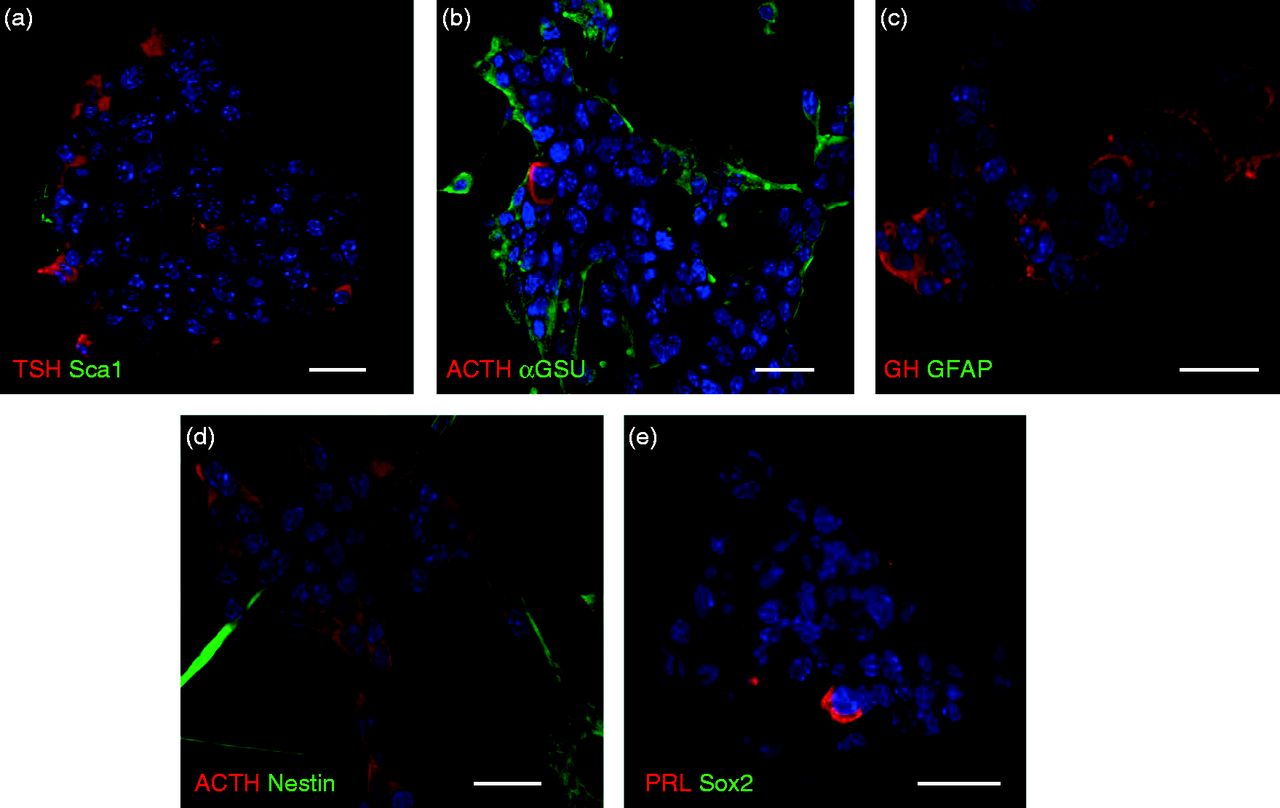 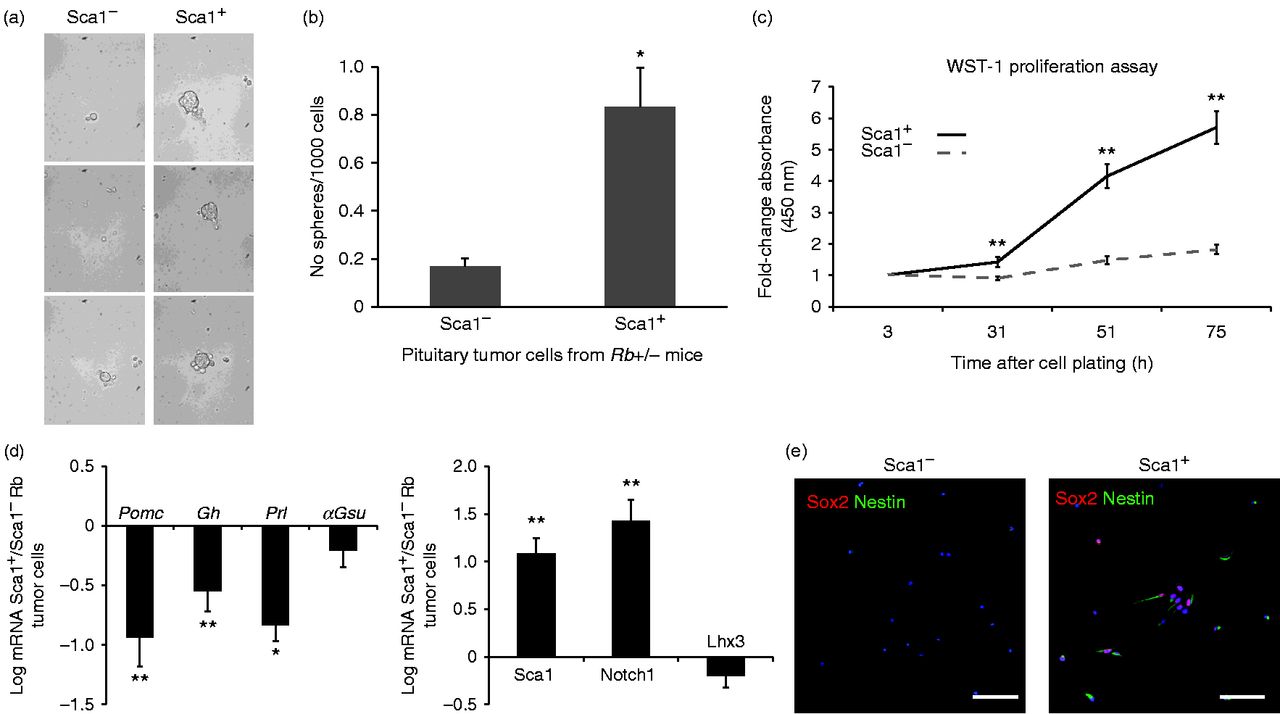 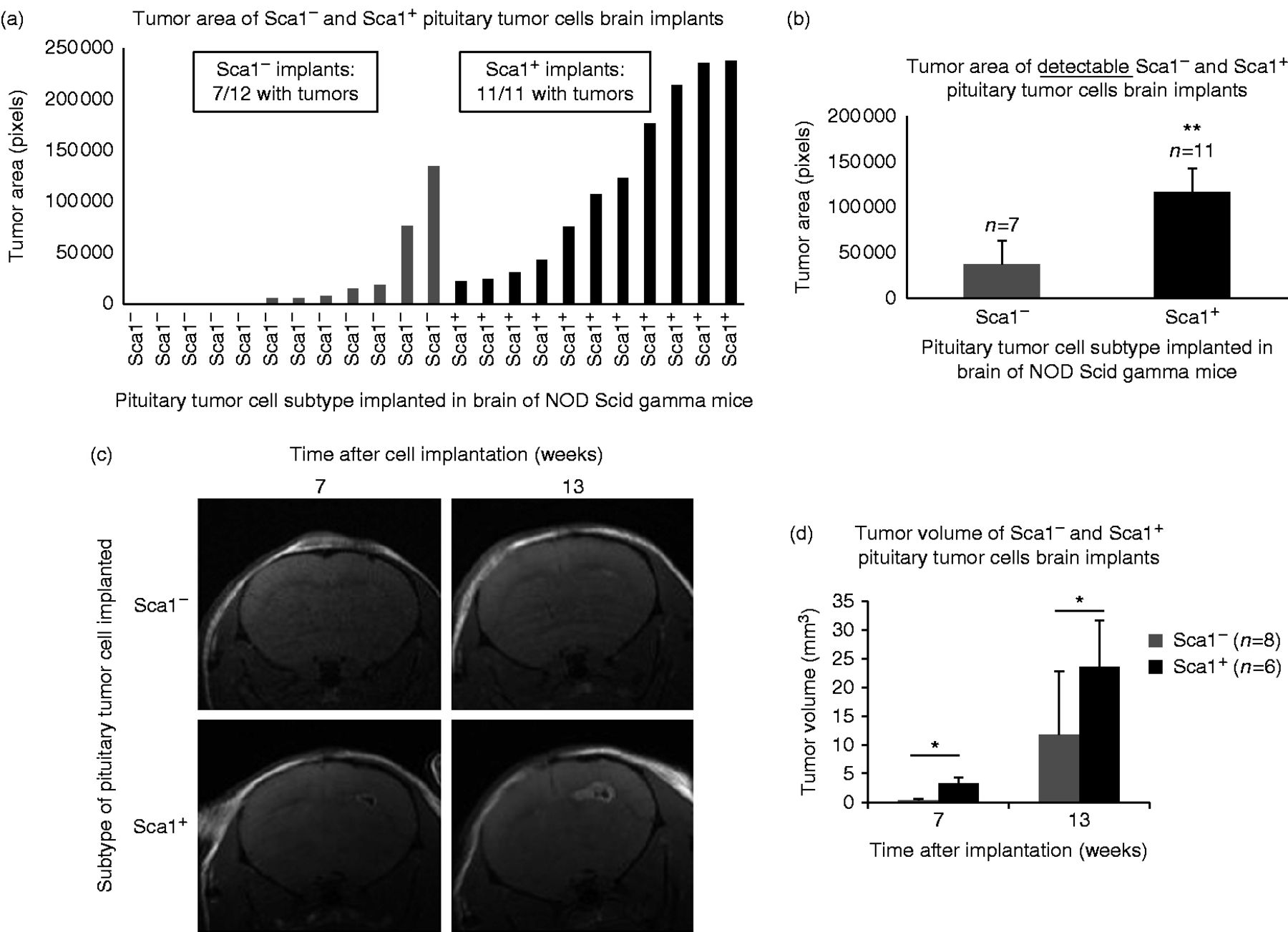 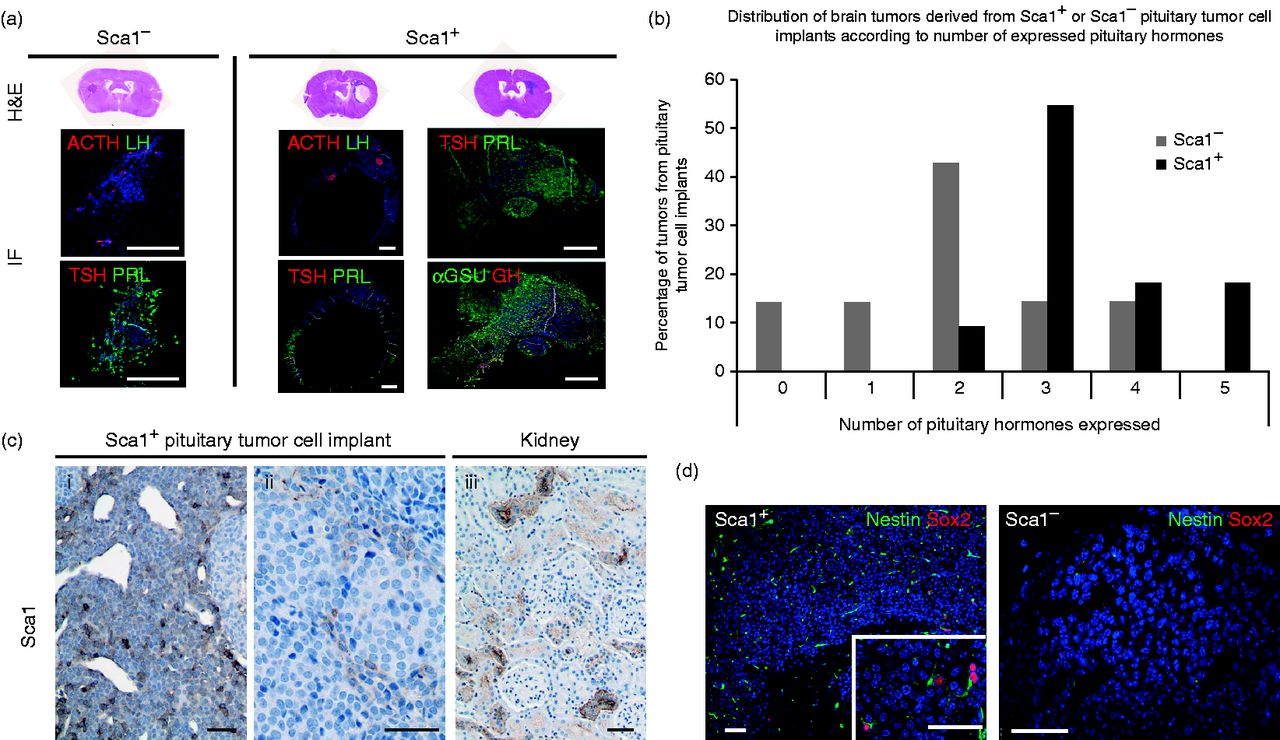