Flow of patients through the OLE study. These numbers refer to status at the time of the OLE interim analysis. For further information, see Supplementary Figure S1. *One patient was enrolled by investigator prior to confirmation of centrally assessed PD (patient then withdrawn when confirmation received). †One patient was withdrawn from the core study for a reason other than centrally assessed PD but was then enrolled in the OLE. AE, adverse event; LAN, lanreotide autogel 120 mg; OLE, open-label extension; PBO, placebo; PD, progressive disease.

PFS on lanreotide in the core and OLE studies, at the time of the pre-planned interim analysis, and on placebo in the core study (ITT population). Data in months are approximated based on 4 weeks per month. Median PFS was not reached for patients receiving lanreotide Autogel 120 mg during the 24-month core study (vs 18.0 months for patients receiving placebo). Core study data are for all patients randomly allocated to double-blind treatment (lanreotide or placebo); the OLE study data are only for patients originally randomly allocated to lanreotide in the core study who then continued into the OLE study. *Previously reported as 60 events (Caplin et al. 2014) because one patient was erroneously reported as having centrally assessed SD at the time of core study database lock; this has been revised in the OLE study analysis. ITT, intention-to-treat population; OLE, open-label extension; PD, progressive disease.

Time to death or subsequent PD, at the time of the pre-planned interim analysis, in patients with PD on placebo in the core study who switched to lanreotide in the OLE study (subset of the ITT population). Data in months are approximated based on 4 weeks per month. Data are from patients originally randomised to placebo in the core study, who have experienced PD in the core study and then switched to lanreotide Autogel 120 mg in the OLE study. NC, not calculable. ITT, intention-to-treat population; OLE, open-label extension; PD, progressive disease. 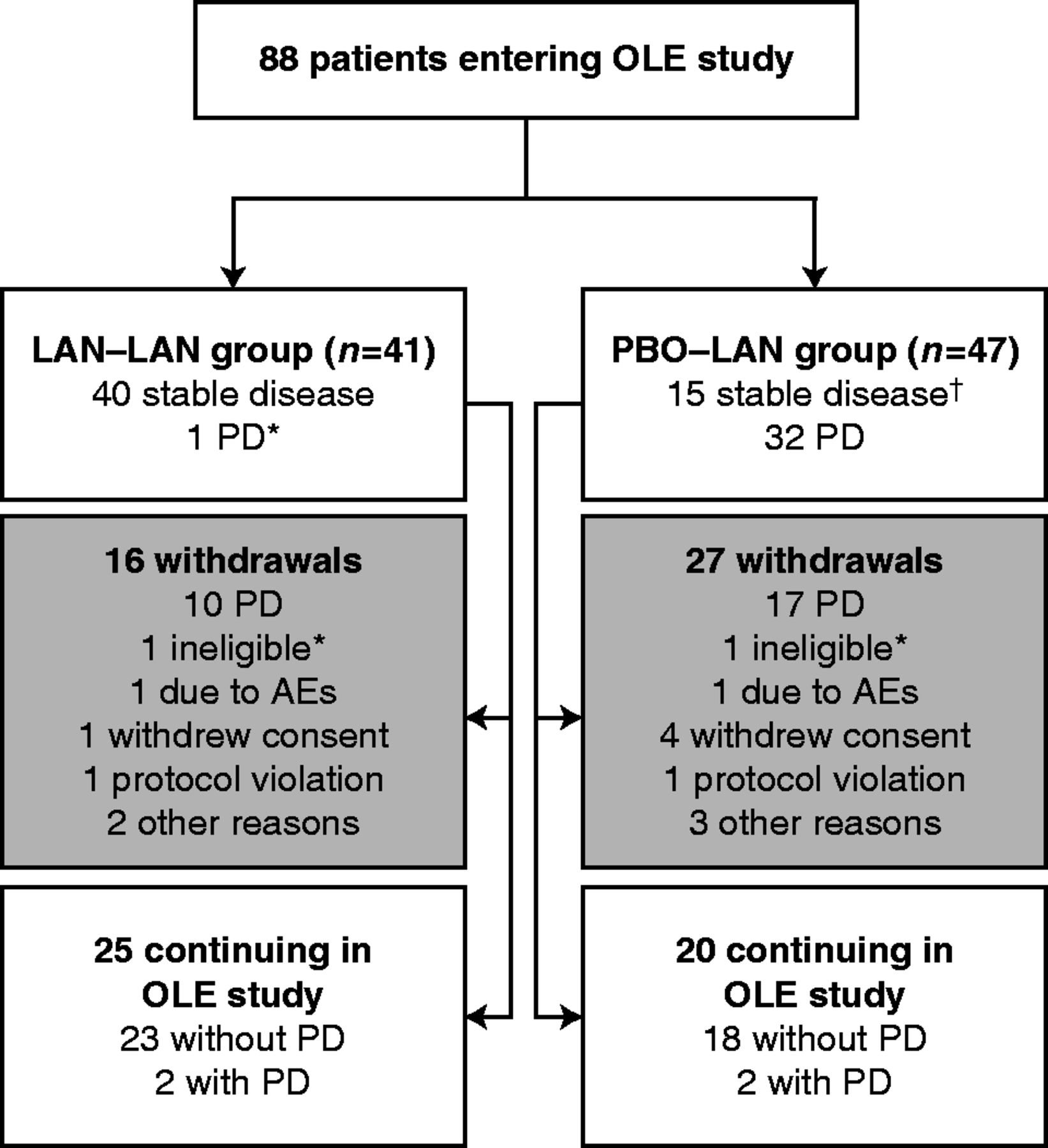 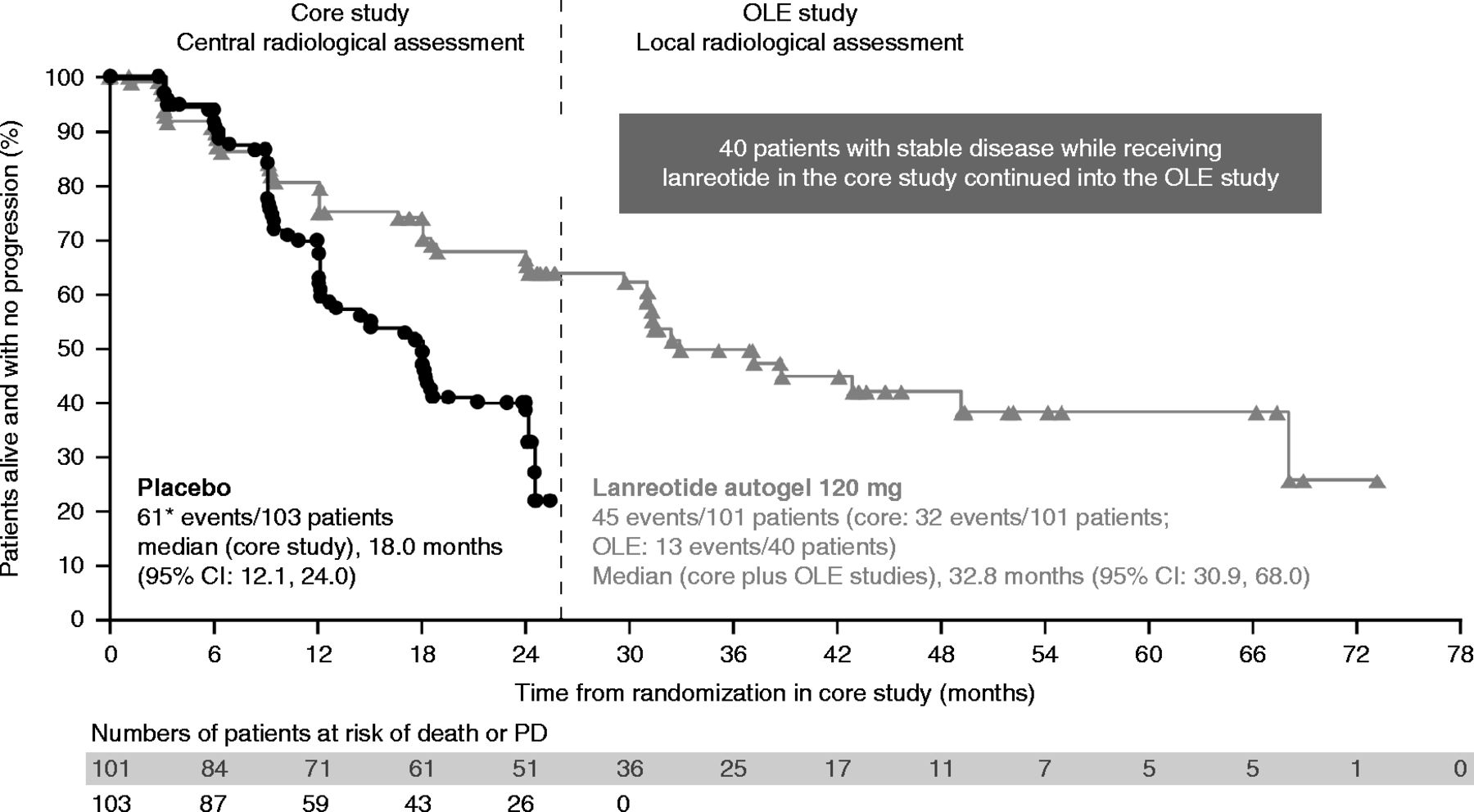