(A) Hierarchical clustering of the methylome profiles based on Euclidean distances in 37 APAs and 5CPAs. (B) Three-dimensional principal component analysis of the methylome profiles of 37 APAs. Component ratios used for the analysis are shown. Component ratios used for the analysis were PC1: 15.4%, PC2: 9.2% and PC3: 6.7%. (C) Scatter plotting of average β values (all probes) of APAs with or without KCNJ5 mutations, indicating a global tendency for hypomethylation in APAs with KCNJ5 mutations. The blue line (X = Y) is displayed for reference. 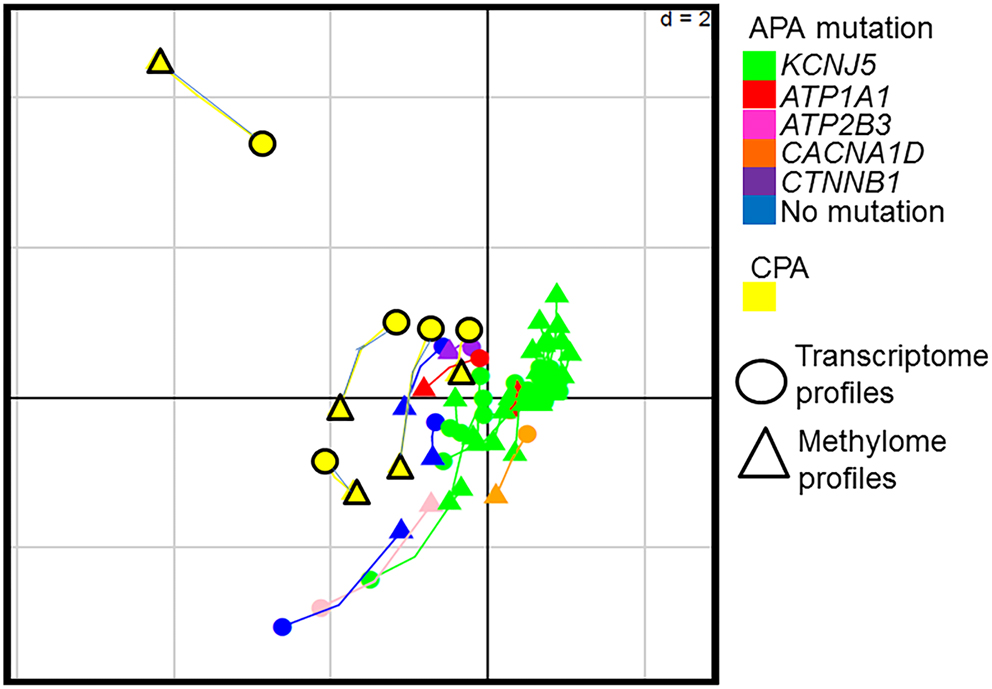 Comparison of mRNA levels of steroidogenic genes (CYP11B2 (A), CYP11B1 (B) and CYP17A1 (C)) among aldosterone-producing adenomas (APAs) with each mutational status and cortisol-producing adenoma (CPAs). Relative mRNA levels were calculated and presented as box plots. P values were calculated using the Kruskal–Wallis rank sum test. *means P < 0.01 compared to the levels of APAs with KCNJ5 mutation.