(A) Demonstrates the metastatic deposit in the left 8th rib on CT as indicated by the arrow. (B) Shows the avid rib metastasis on 18F FDG PET CT and (C) shows no tumour avidity on I131 MIBG imaging. (D) Demonstrates loss of SDHB protein expression in the metastatic tumour deposit on SDHB immunostaining indicating SDH deficiency due to the detected germline mutation in SDHA (c.91C > T, p.Arg31). 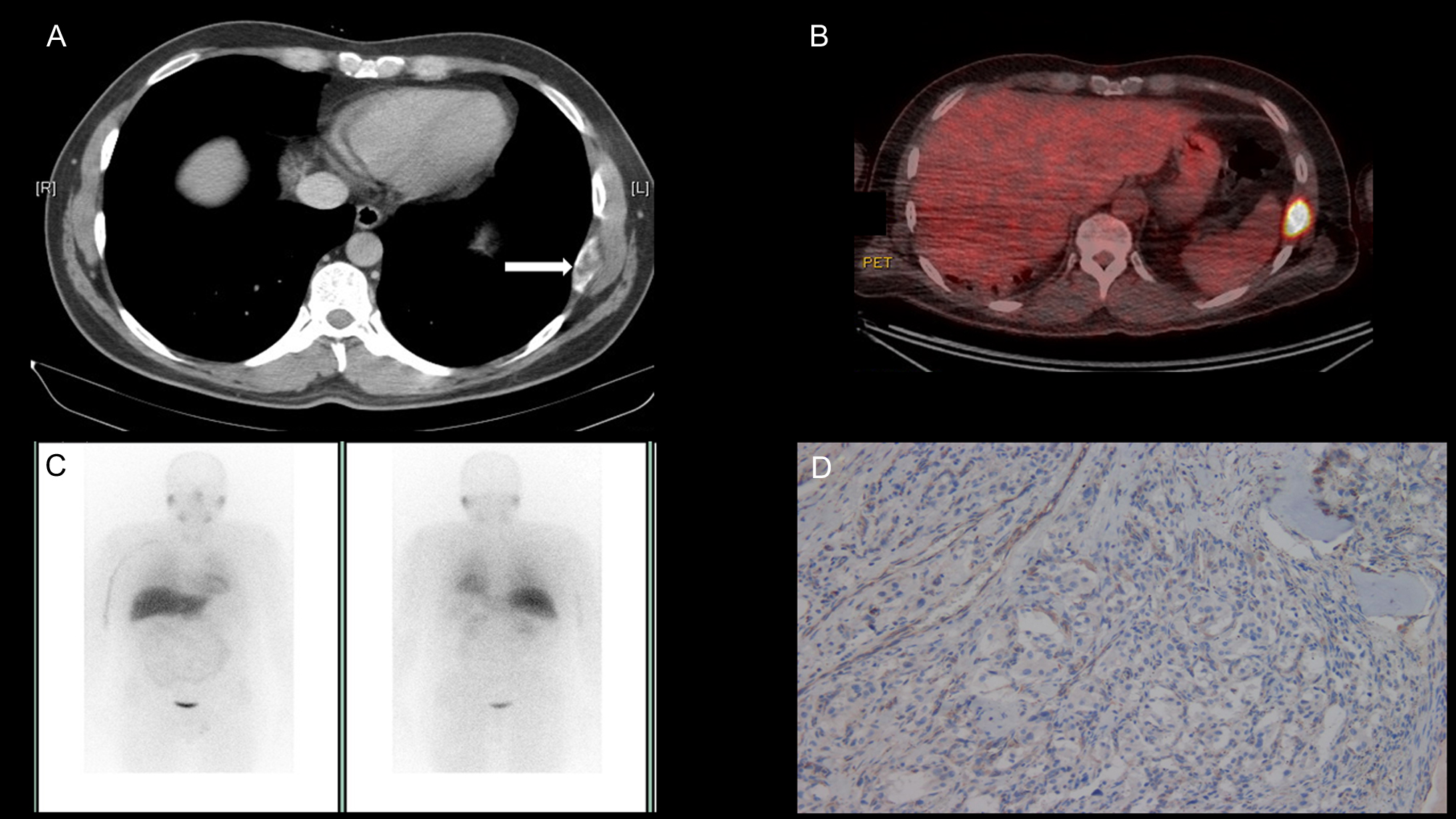